Type your search terms above and press return to see the search results.

This visual poetry project is dedicated to the victims of the Pulse massacre who lost their lives during a simple night out with loved ones and strangers, forever embedded and united in history on that tragic night.

On June 12, 2016, a horrific attack on the Queer and Trans communities took place at Pulse Nightclub in Orlando, FL.  As a result, 49 lives were taken, culminating in the largest mass murder on American soil since the 9/11 terrorist attacks.  I created the following poem and subsequent artwork in memory of the lives lost in this massacre.  Everyone named died too soon at the hands of an anguished gunman.  May they rest in peace and power and may their deaths not be in vain.

But It
Became
Our Hope
So Came:

The Start
Of Change
After
Rampage.

Did we sin?
Feared by kin
We were in
Peace within.

Dead queer bodies
With melanin
And martyred by
The fear within.

Radicalized
He terrorized
And fantasized
The genocide.

Loud, rattled and dazed
In dark, clouded haze
They hid as they gazed
Amidst their last days. 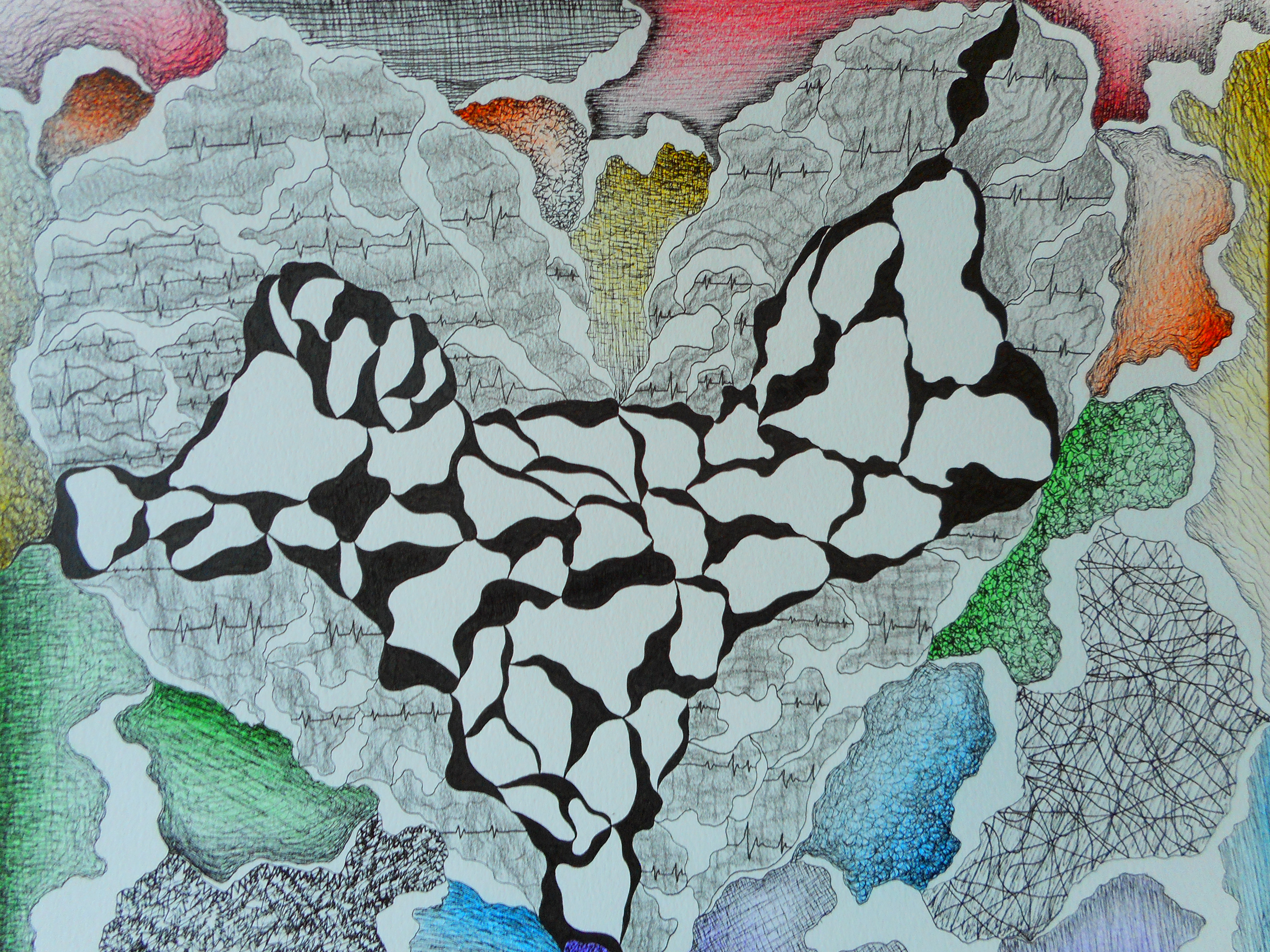 This drawing was created in memory of the Pulse victims.  Featured are 49 black shapes in memory of the 49 souls we lost in this massacre and 53 white shapes in memory of the injured survivors.  Together, these 102 shapes create the body and foreground of this drawing.  Additionally, featured in the background are other shapes presented in the colors of the rainbow, in honor of the queer and trans communities against whom this attack took place.
Unfortunately, as of June 12, 2017, two of the survivors have also passed away due to external circumstances. 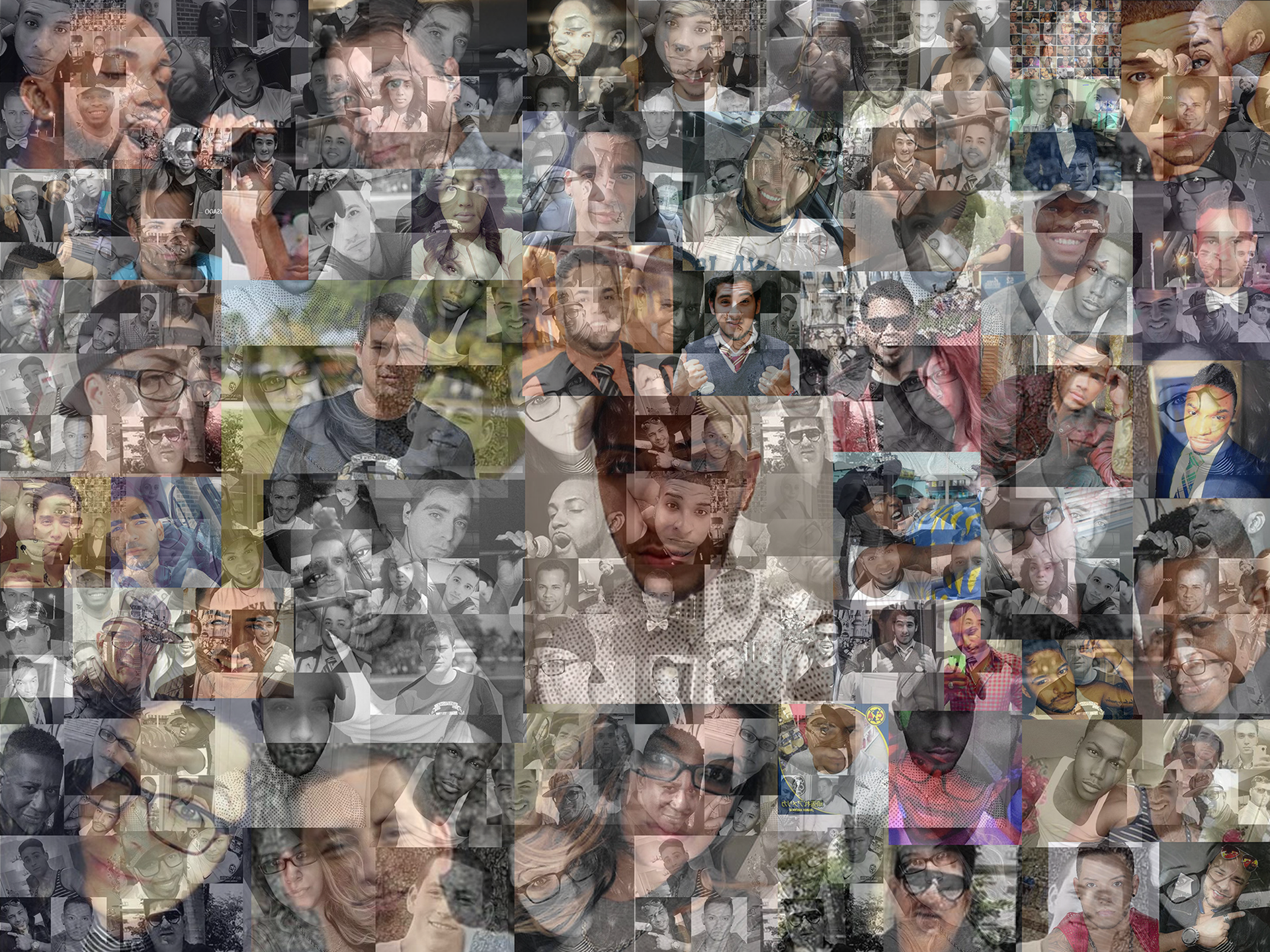 Featured are the faces of the 49 victims of the Pulse massacre, with their images layered on top of one another to simulate the haze of this attack and in honor of the queer and allied lives we lost at that fateful night. 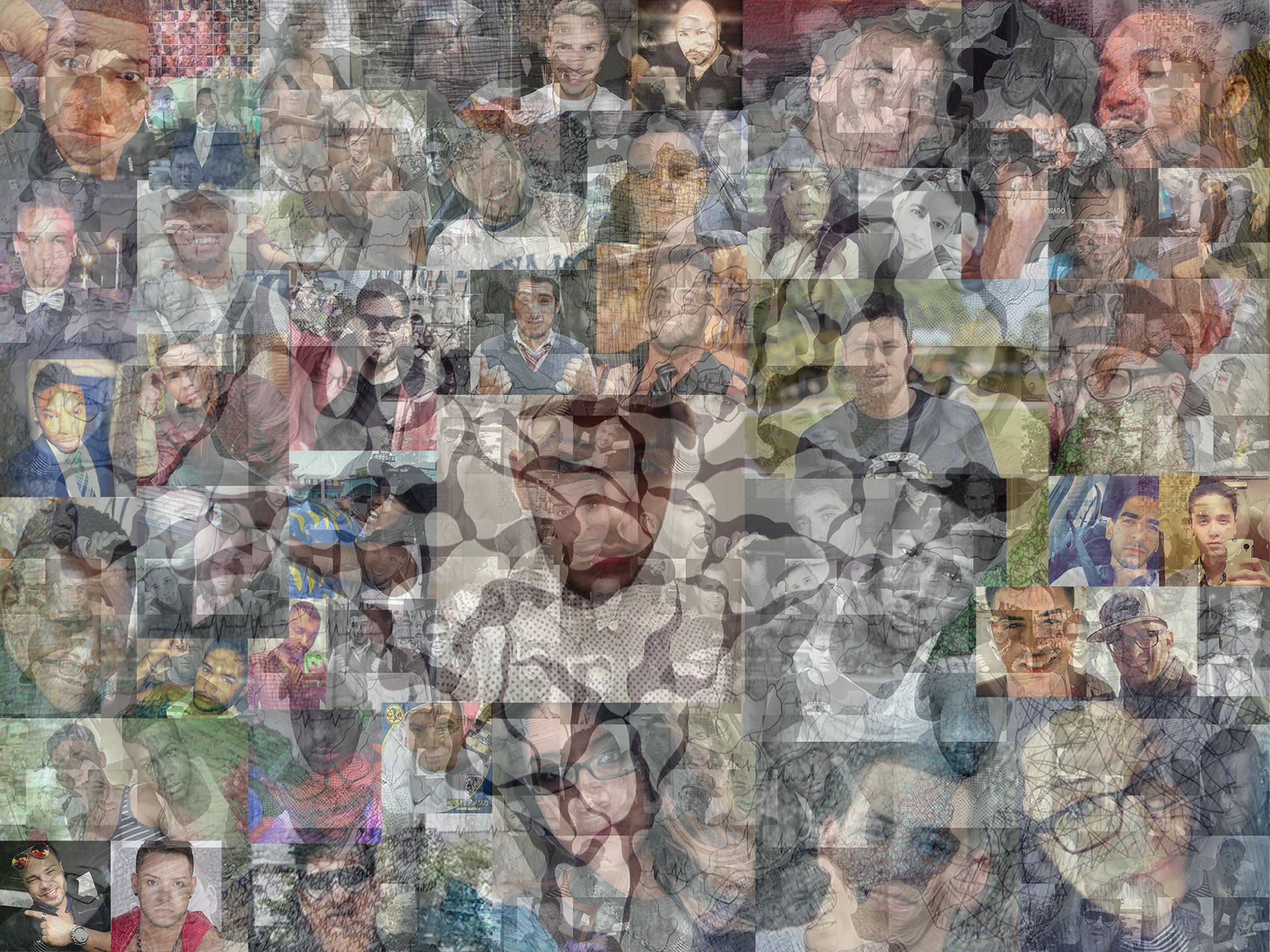 This is another digital composite of the faces of the victims, overlaid on top of the drawing I originally created for this project. 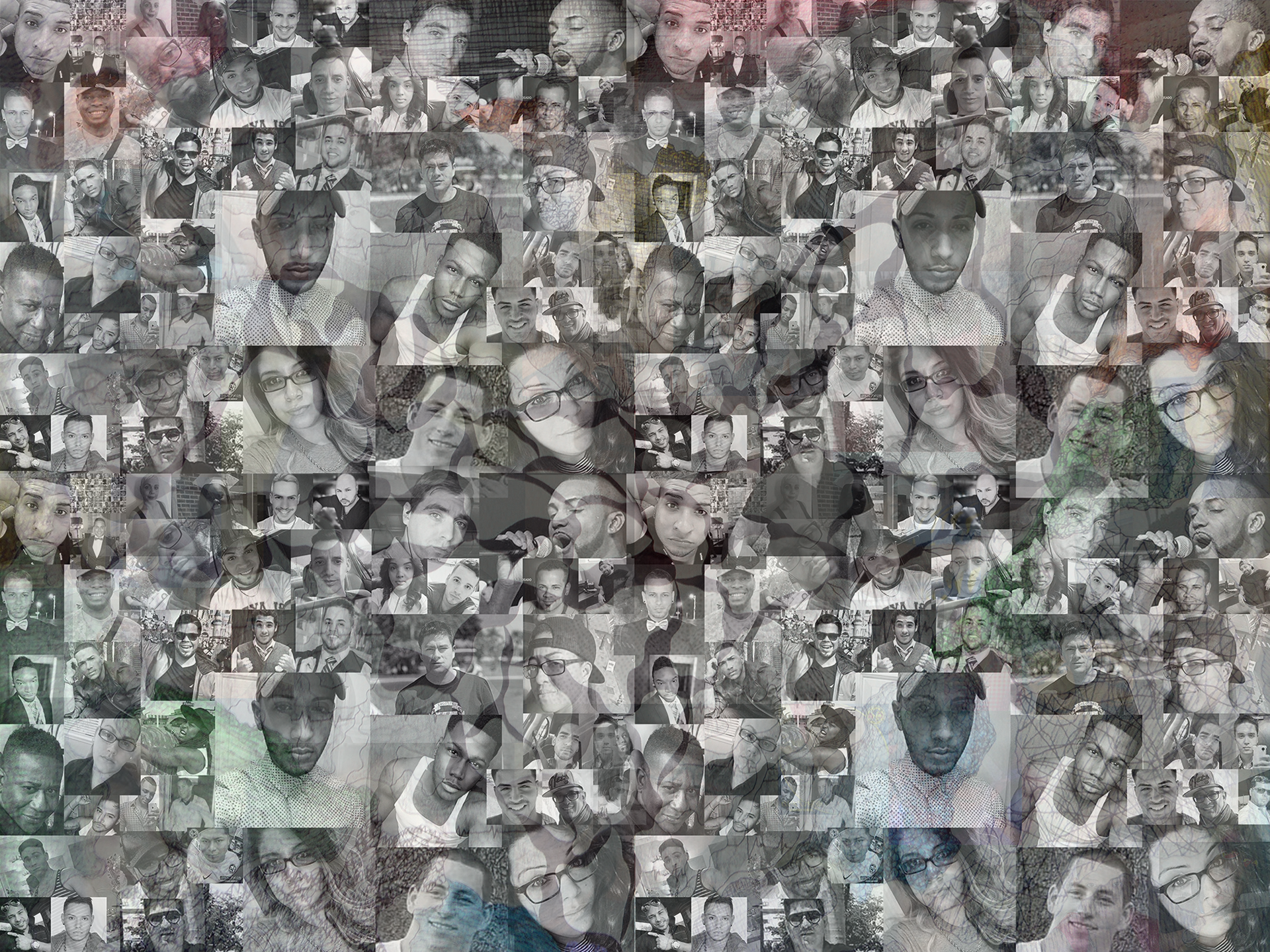 This image is a more somber tribute to the victims.  Similar to the two composite images above, the faces of the victims have been presented in grayscale, with the only color in this digital collage due to the drawing on which their images have been overlaid.

The following is a list of the names and ages of the victims of the Pulse massacre, provided by the City of Orlando: